Road to « Recovery »: What Does it Mean to Lose an Autism Diagnosis? 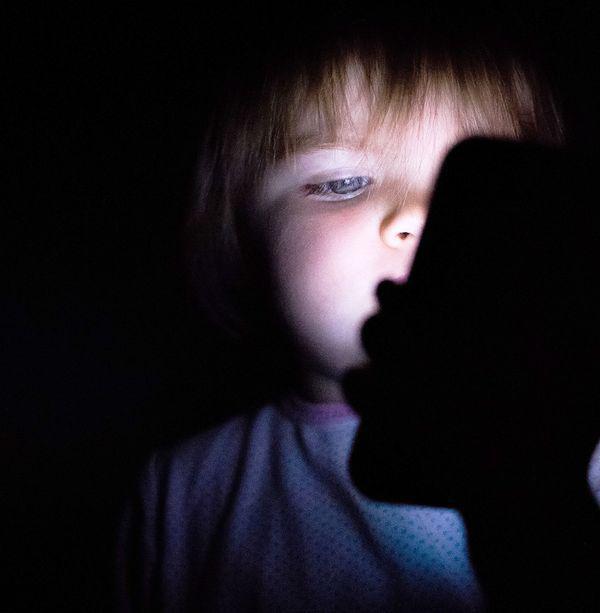 Children with autism spectrum disorders (ASD) are uniquely vulnerable to various brain-related impacts of screen time. These electronic “side effects” include hyperarousal and dysregulation—what I call Electronic Screen Syndrome—as well as technology addiction, to video games, internet, smartphones, social media, and so on.

Why? Because a brain with autism has inherent characteristics that screen time exacerbates. In truth, these impacts in occur in all of us, but children with autism will be both more prone to experiencing negative effects and less able to recover from them; their brains are more sensitive and less resilient.

As a framework for understanding these vulnerabilities, it’s helpful to know that screen time—particularly the interactive kind—acts like a stimulant, not unlike caffeine, amphetamines, or cocaine. Also know that children with autism are often sensitive to stimulants of all kinds, whether pharmaceutical or electronic. For example, children with autism and attention issues often can’t tolerate prescribed stimulants, a standard treatment for ADD/ADHD. Stimulants tend to make children with autism irritable, weepy, over-focused, more obsessive-compulsive, and unable to sleep. Stimulants can also exacerbate tics, self-injurious behaviors, aggression, and sensory issues.

Meanwhile, in families dealing with autism, there exist additional social and emotional factors that contribute to technology overuse. First, families are often dealing with highly disruptive behaviors that are quieted—at least in the short term—by handing the child a device. Second, parents are told that “playing video games is ‘normal.’ It’s something your son can do with other kids.” Third, parents are encouraged to introduce technology early and often—especially if “he’s good at computers.” Fourth, in-home and school behavior therapists often use video games or other apps as reinforcers: “It’s the only thing that works with her!” And lastly, parents and clinicians are routinely encouraged to try unproven screen-based software claiming to reduce autistic behaviors or to improve social, communication or reading skills.

Needless to say, education in this arena is sorely needed.

1. Children with autism tend to have low melatonin and sleep disturbances, [1] and screen time suppresses melatonin and disrupts sleep.[2]  Aside from regulating sleep and the body clock, melatonin also helps modulate hormones and brain chemistry, balances the immune system, and keeps inflammation at bay.

3. Autism is associated with inflammation of the nervous system,[5] and screen time may increase inflammation by a variety of mechanisms including increased stress hormones, suppressed melatonin, and non-restorative sleep.[6] Light-at-night from screens also suppresses REM sleep, a phase during which the brain “cleans house.”[7]

4. The autistic brain tends to be underconnected—less integrated and more compartmentalized [8]—and screen time hinders whole-brain integration and healthy development of the frontal lobe.[9] In fact, in tech addiction brain scan studies reveal reduced connectivity (via reduced white matter) and atrophy of gray matter in the frontal lobe.[10]

5. Children with autism have social and communication deficits, such as impaired eye contact, difficulty reading facial expressions and body language, low empathy, and impaired communication[11]; screen time hinders development of these exact same skills—even in children and teens who don’t have autism.[12] Screen time appears to directly compete with social rewards, including eye contact—a factor essential for brain development.[13] Lastly, screen viewing and even background TV has been shown to delay language acquisition.[14]

6. Children with autism are prone to anxiety[15]—including obsessive-compulsive traits, social anxiety—and screen time is associated with increased risk for OCD and social anxiety,[16] while contributing to high arousal and poor coping skills.[17] Additionally, anxiety in autism has been linked to abnormalities in serotonin synthesis and amygdala activity,[18] and both serotonin regulation and amygdala changes have been implicated in screen time.[19]

7. Children with autism frequently have sensory and motor integration issues[20] as well as tics; screen time has been linked to sensori-motor delays and worsening of  sensory processing[21], and can precipitate or worsen vocal and motor tics due to dopamine release.

8. Individuals with autism are typically highly attracted to screen-based technology and are not only at increased risk for developing video game and other technology addictions, but are more likely to exhibit symptoms with smaller amounts of exposure.[22] Male teens and young adults with ASD are also at high risk for porn addiction, due to a combination of social deficits, isolation, and excessive computer time, and may develop romantic delusions or obsessions fueled by being accustomed to immediate gratification and a lack of practicing in the real world. At the same time, dopamine released by screen interaction reinforces these obsessive “loops.”

10. Children with autism may be more sensitive to EMFs (electromagnetic fields) emitted from wireless communications (e.g. WiFi and cell phone frequencies) as well as from the electronic devices themselves.[25] At the cellular, molecular, and atomic level, the pathology seen in autism mirrors the effects demonstrated in research on the biological impacts of EMFs. Heightened sensitivity to EMFs may be due to (and may worsen) immune abnormalities and problems with barrier integrity in the gut and/or the brain.

In addition to the above, screen time replaces the very things we know to be critical to brain development: bonding, movement, eye contact, face-to-face verbal interactions, loving touch, exercise, free play, and exposure to nature and the outdoors. Reduced exposure to these factors negatively impact brain integration, IQ, and resilience in all children.

In my own experience in working with children and adults with autism, screen time can precipitate regression (loss of language or of social or adaptive living skills), exacerbate repetitive behaviors, further restrict interests, and trigger aggressive and self-injurious behaviors. I’ve even seen regression occur when a communication device is introduced, often when the parents are told to encourage “play” on the device so the child can “get used to it.” The proliferation of the iPad and smartphones has produced more problems and setbacks in my practice than any other single factor.

As stressful and devastating as these experiences can be, so can methodical elimination of screens be exciting and inspiring. Being screen-free can enhance eye contact and language, increase flexibility in thinking and behavior, expand interests, improve emotional regulation and ability to stay on task, induce more restorative sleep, and reduce anxiety and meltdowns.

Because the idea of eliminating screens can seem overwhelming, I typically recommend parents do a four week “electronic fast” as an experiment so they can get a taste of what the intervention can do. Families track two to three problematic areas to provide objective evidence, and are encouraged to document  behaviors (such as screen time tantrums and how the child plays). Even a few short weeks can produce improvements that can be significant enough for the family to decide to continue with screen elimination, in which case the benefits will continue to build on one another.

Will the child still have autism? Yes, but it’s practically guaranteed that he or she will feel, focus, sleep, behave, and function better. And intriguingly, anecdotal evidence suggests this simple intervention may be powerful enough to prevent, arrest or in some cases even reverse the autism process if caught early enough; pilot studies testing this intervention more formally are forthcoming. (Case studies illustrating these phenomena will be the subject of a future post.)

When parents really grasp the science of what happens in the brain when children interact with screen devices—and understand how these things specifically impact autism—they  are much better able to restrict screens appropriately and are less swayed by social pressures. They “see” how screen time translates into certain symptoms in their child, they prioritize brain-health over being tech-savvy, and appreciate that every minute spent on a screen is a tradeoff.

For more help implementing a screen fast, see Reset Your Child’s Brain: A Four-Week Plan to End Meltdowns, Raise Grades, and Boost Social Skills by Reversing the Effects of Screen-Time.

[8] Marcel Adam Just, Timothy A. Keller, and Rajesh K. Kana, “A Theory of Autism Based on Frontal-Posterior Underconnectivity,” Development and Brain Systems in Autism, 2013, 35–63.

[9] Cris Rowan, “Unplug—Don’t Drug: A Critical Look at the Influence of Technology on Child Behavior With an Alternative Way of Responding Other Than Evaluation and Drugging,” Ethical Human Psychology and Psychiatry 12, no. 1 (April 1, 2010): 60–68; Victoria Dunckley, “Gray Matters: Too Much Screen Time Damages the Brain,” Psychology Today, Mental Wealth, (February 27, 2014), http://www.psychologytoday.com/blog/mental-wealth/201402/gray-matters-to….

[20] Geraldine Dawson and Renee Watling, “Interventions to Facilitate Auditory, Visual, and Motor Integration in Autism: A Review of the Evidence,” Journal of Autism and Developmental Disorders 30, no. 5 (2000): 415–421.

[21] Cris Rowan, “The Impact of Technology on Child Sensory and Motor Development,” 2010, http://www.sensoryprocessinginfo/CrisRowan.pdf.

[23] Just, Keller, and Kana, “A Theory of Autism Based on Frontal-Posterior Underconnectivity.”

[25] Martha R. Herbert and Cindy Sage, “Autism and EMF? Plausibility of a Pathophysiological Link – Part I,” Pathophysiology: The Official Journal of the International Society for Pathophysiology / ISP 20, no. 3 (June 2013): 191–209.